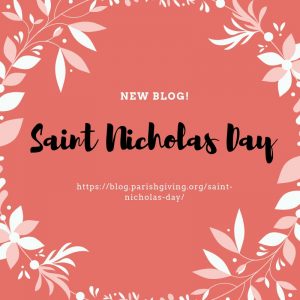 Saint Nicholas day is quickly approaching! Make sure you have your shoes out in front of your door so he will give you special treats inside to all the good boys and girls! You may wonder why we leave shoes out, and you may also wonder who this St. Nicholas guy is opposed to Santa. Here are some fun facts about this fun, festive holiday that is celebrated around the world!

So this December 6th remember to leave your shoes out in the hopes of Saint Nicholas visiting! He comes to see all the good boys and girls, not just the ones who need his help!