Happy May Day! May 1st around the world is celebrated as May Day. It is a prominent holiday celebrated in the Northern Hemisphere, but mostly in 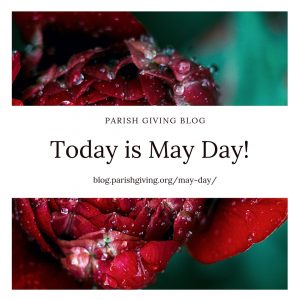 European countries and North America. Think typical spring festivals like singing, traditional dances and maypoles! The holiday dates back over millennia ago, and has many different origin and traditions! Let’s explore some!

Two of my favorite traditions originate in Scotland! The young, unwed women in Edinburgh trek up to the top of Arthur’s Seat to wash their faces with the morning dew on the grass. This helps to keep their youthful beauty! In Saint Andrew the university students go to the beach the night of April 30th so that when the sunrises May Day they run into the North Sea.

In England there are many celebrations, and even have a May Queen. There is a maypole, along with numerous dances that date back to the 14th Century. Oxford, Durham, Cornwall and numerous other English towns participate in these festivals! If you are visiting a medieval town around this time of the year in England, be sure to participate! Maybe you will even be named the May Queen!

Many women’s colleges in the US participated in May Day festivities. Two that still continues the traditions are Bryn Mawr College and Brenau University. At Bryn Mawr they sing the Dar Williams song “As Cool As I Am” for the May Day celebration which happens the Sunday after classes end in. They also gather for the “May Hole” celebration which is a feminist answer to the maypole. At Brenau University they celebrate a student from each state for their May Day festivities. They celebrate it a bit earlier in April due to exams being in May!

Since May Day has been around for over a millennia, it is often seen as a Pagan holiday. It is also closely associated with the Blessed Virgin Mary and the Catholic faith since the 18th Century. You will often see Mary adorned with flowers during the May crowning, which occurs in May.

As you can see May Day is a popular holiday around the globe. Join some of the festivities, or create your own! Attend a May crowning mass, be your own May Queen, or create a maypole with some friends! The possibilities are endless!